On July 14, 2015, the Department of Homeland Security (DHS) published DHS Docket No. USCIS-2012-0003 in the Federal Register. The notice was titled, “Expansion of Provisional Unlawful Presence Waivers of Inadmissibility.” The rule, if passed in its current form, would expand the provisional waiver process in two main ways: (1) DHS would remove the restriction of the provisional waiver to immediate relatives of U.S. citizens, by opening the process up to all aliens (including family-sponsored, employment based, certain special immigrants and diversity lottery immigrants) who are statutorily eligible for waivers of inadmissibility based on unlawful presence under INA § 212(a)(9)(B)(i)(I) and (II); and (2) DHS would expand the category of qualifying relatives to include USC or LPR parents or spouses.  Absent major revisions following the notice and comment period, the new rule should go into effect in early 2016.

This is exciting news and the implementation is soon to come. 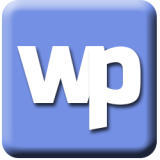